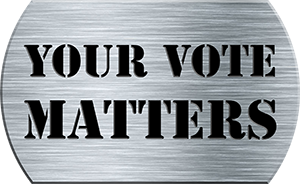 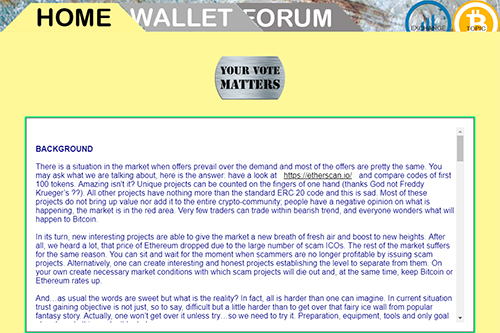 There is a situation in the market when offers prevail over the demand and most of the offers are pretty the same. You may ask what we are talking about, here is the answer: have a look at https://etherscan.io/ and compare codes of first 100 tokens. Amazing isn't it? Unique projects can be counted on the fingers of one hand (thanks God not Freddy Krueger’s ??). All other projects have nothing more than the standard ERC 20 code and this is sad. Most of these projects do not bring up value nor add it to the entire crypto-community; people have a negative opinion on what is happening, the market is in the red area. Very few traders can trade within bearish trend, and everyone wonders what will happen to Bitcoin.

In its turn, new interesting projects are able to give the market a new breath of fresh air and boost to new heights. After all, we heard a lot, that price of Ethereum dropped due to the large number of scam ICOs. The rest of the market suffers for the same reason. You can sit and wait for the moment when scammers are no longer profitable by issuing scam projects. Alternatively, one can create interesting and honest projects establishing the level to separate from them. On your own create necessary market conditions with which scam projects will die out and, at the same time, keep Bitcoin or Ethereum rates up.

And…as usual the words are sweet but what is the reality? In fact, all is harder than one can imagine. In current situation trust gaining objective is not just, so to say, difficult but a little harder than to get over that fairy ice wall from popular fantasy story. Actually, one won’t get over it unless try…so we need to try it. Preparation, equipment, tools and only goal ahead…only thing – don’t look down.

Let’s imagine a company managed by stockholders. The more shares you have the more influence power you have on the company. Basically, we meet this approach throughout all spheres of life. We have rights for: vote, freedom, in general, such rules that ensure the protection of the dignity and freedom of each individual person. So it turns out that as a part of society you take part in its life.

Otherwise we can observe crypto community: there are “devs” and “hamsters”. First make money on the second and there is no alternative to cooperate. Well yes, there are major traders, probably. Rumors say there are three whales supporting the market. There were projects, which became big ones thanks to the community, but where are they now? The same location as the whole market is – at the bottom. How did they get there? Did not find mutual understanding, quarreled, wanted to go on different ways of development, generally failed to make the joint decision. After all, there is no tool to make this decision legitime.
Here we face a challenge how to make this kind of decision legitime. Actually, there is no need to go far for the solution. Use Blockchain! (Voting possibility will be established using it). This solution is as simple as ultimately appropriate. Remember at the beginning of the section we talked about a company and shares, so consider that the tokens will act as shares, and holders as shareholders. Looks interesting? – However, Dev can have an unlimited source of shares – How to protect the shareholders? Dev shall not be considered as shareholder in the contract. Basically, Dev won’t possess tokens. Tokens are to be issued only at demand and immediately go to Exchanges for sale. Even more, only those tokens may vote which are on holders’ wallets but not on Exchanges. This way the joint decisions will be ultimately legitime. 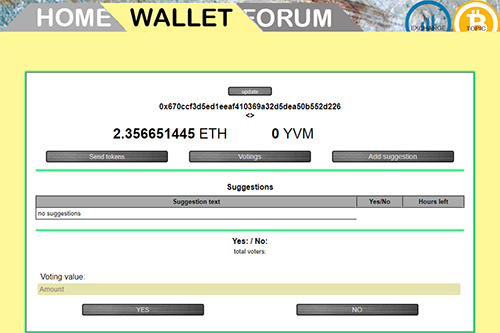 1. Any holder can bring up a suggestion to vote.

2. Further development and marketing suggestions can be brought up.

3. Suggestion is to be put up in details on forum thread and the voting is done via contract to avoid high fee for transaction.

4. Each suggestion/offer must contain the Goal (Idea) and ways/vision to achieve it.
P.S. No need to waste your time and money for suggestion like pricing equal to 10btc without real roadmap how to reach it. Suggestions like “we won’t just sell lower” won’t work. Unfortunately, you won’t be heard at least by All holders.

5. Based on that, your offers should not contain directions to the market participants, as long as there is no tool to trace it.

6. Rules can and will be amended.


HOW IT WORKS (CODE SAMPLES WITH DESCRIPTION) 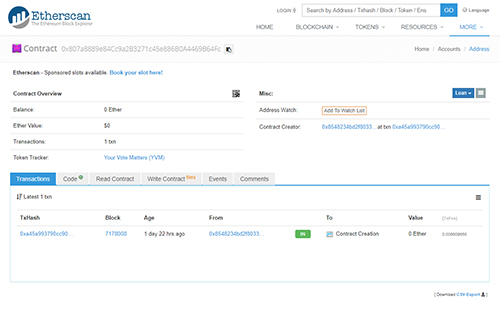 The contract contains the basic code for ERC-20 standard required to work on Exchanges.
Added SafeMath library to save transactions costs for calculations.
Entire contract code is publicly available at etherscan.io
Below provided are the most important extracts from the code with detailed descriptions.
Independence and reliability of voting is provided by a closed structure for each voting:

Additional functions for working with the contract through API: 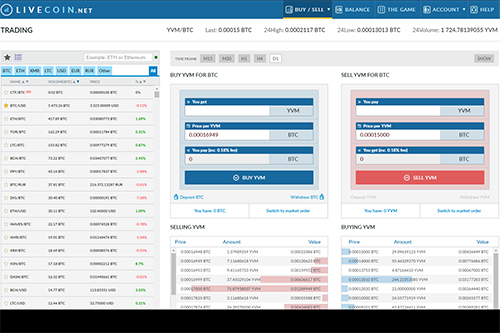 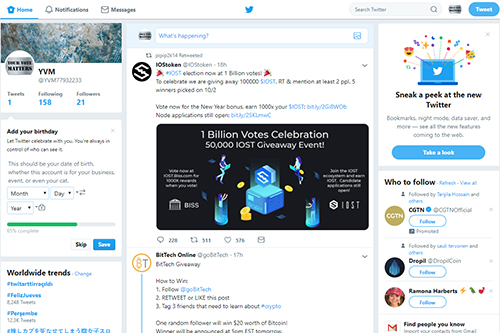 Will be issued later. First, need to observe how this project will move on. There is hope that the project will be developing with interest and excitement, ideally, with no devs active involvement but with participants enthusiasm. We are eager to watch the result of all efforts!
Top

what news about swop dev?
Top

An extraordinary situation was revealed where there was doubling of tokens at the end of voting, that led to a phantom increase in TotalSupply value.
The algorithm has been corrected, the contract on the exchange will be automatically up-dated on Feb 8th.
Users of tokens will not notice the difference.
If you moved tokens to a cold wallet, please inform via forum PM for further refund.

Here is the official link to Livecoin news: https://www.livecoin.net/news/view/68?lang=en

you should burn some YVm token , so u can increasethe price of the token.
Top

Total Supply of YVM is ONLY 10K which is very low.
Price increase can be done by build up a huge community, which is being done steadily.
Top

YVM token swap is almost complete by livecoin exchange. Pretty soon Deposit/Withdrawal will be re-opened. We will keep you up-dated.

P.S. let me remind that total supply WILL STAY 10K but as it is written in Specs of Announcement the devs reserves the right to increase it up to 100K (Max) in total to cover own expenses. Any changes will be announced.
Top

Those who has the token on external wallet PM us for refund, if we miss someone ocasionnaly.
Top

About 40% of circulation supply of #YVM was bought back this weekend!
Top

We have added 5K more YVM tokens to total supply as specified in project development for devs purposes.
https://etherscan.io/token/0x807a8889e8 ... a4469b64fc

Return to “All about the YVM”